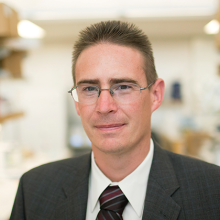 Dr. Rob Knight is a Professor at the University of California, San Diego, with appointments in Bioengineering, Pediatrics, and Computer Science and Engineering.  He is co-founder of the Earth Microbiome Project, and the senior scientist for the American Gut Project. Knight’s lab has been best known for developing computational tools to analyze microbial sequencing data, such as UniFrac and QIIME. He has received numerous awards, such as the Howard Hughes Medical Institute Early Career Scientist (2009), Thomson Reuters World’s Most Influential Scientific Minds (2014), Vilcek Prize for Creative Promise in Biomedical Science (2015), Massry Prize (2017), and the Rady Children’s Hospital Scientist of Excellence in Basic Research (2017). Knight has also authored two books the engage the public, including Follow Your Gut and Dirt is Good.

The Knight Lab uses and develops state-of-the-art computational and experimental techniques to ask fundamental questions about the evolution of the composition of biomolecules, genomes, and communities in different ecosystems, including the complex microbial ecosystems of the human body. They subscribe to an open-access scientific model, providing free, open-source software tools and making all protocols and data publicly available in order to increase general interest in and understanding of microbial ecology, and to further public involvement in scientific endeavors more generally. 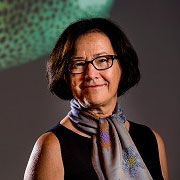 Dr. Margaret McFall-Ngai is Professor and Director of the Pacific Biosciences Research Center at the University of Hawaii-Manoa. She has instituted the Center for Microbiome Analysis through Island Knowledge and Investigation (C-MAIKI ) at UH-M, and is PI of the WM Keck Foundation’s environmental microbiome observatory. McFall-Ngai is a pioneer in animal-bacteria symbiosis and microbiome studies, using bobtail squid as a model organism. She is a member of the American Academy of Microbiology (2002), the American Academy of Arts and Sciences (2011), and the National Academy of Sciences (2014).  This year she became a Howard Hughes Medical Institute Professor, and the ARCS Foundation Scientist of the Year.

McFall-Ngai’s research has combined training experiences in both organismal and molecular biology to develop two major focuses: host-bacterial symbiosis; and the ‘design’ of tissues that interact with light.  The experimental strategy for both areas of research relies on methods that have been developed for the study of the squid-vibrio association over the past 20 years.  In addition, she has a continuing interest in the history and development of the field of microbial symbiosis and its impact on biology; a focused effort in this area promises to drive an unprecedented integration across biology as a whole.

Parking: Parking will be provided for all invited speakers. Pay to park is available for all other attendees in the Moby Arena Lot.

Alumni Center Entry: Please use the east entrance of the stadium, on the corner of Pitkin St. and Meridian Ave.